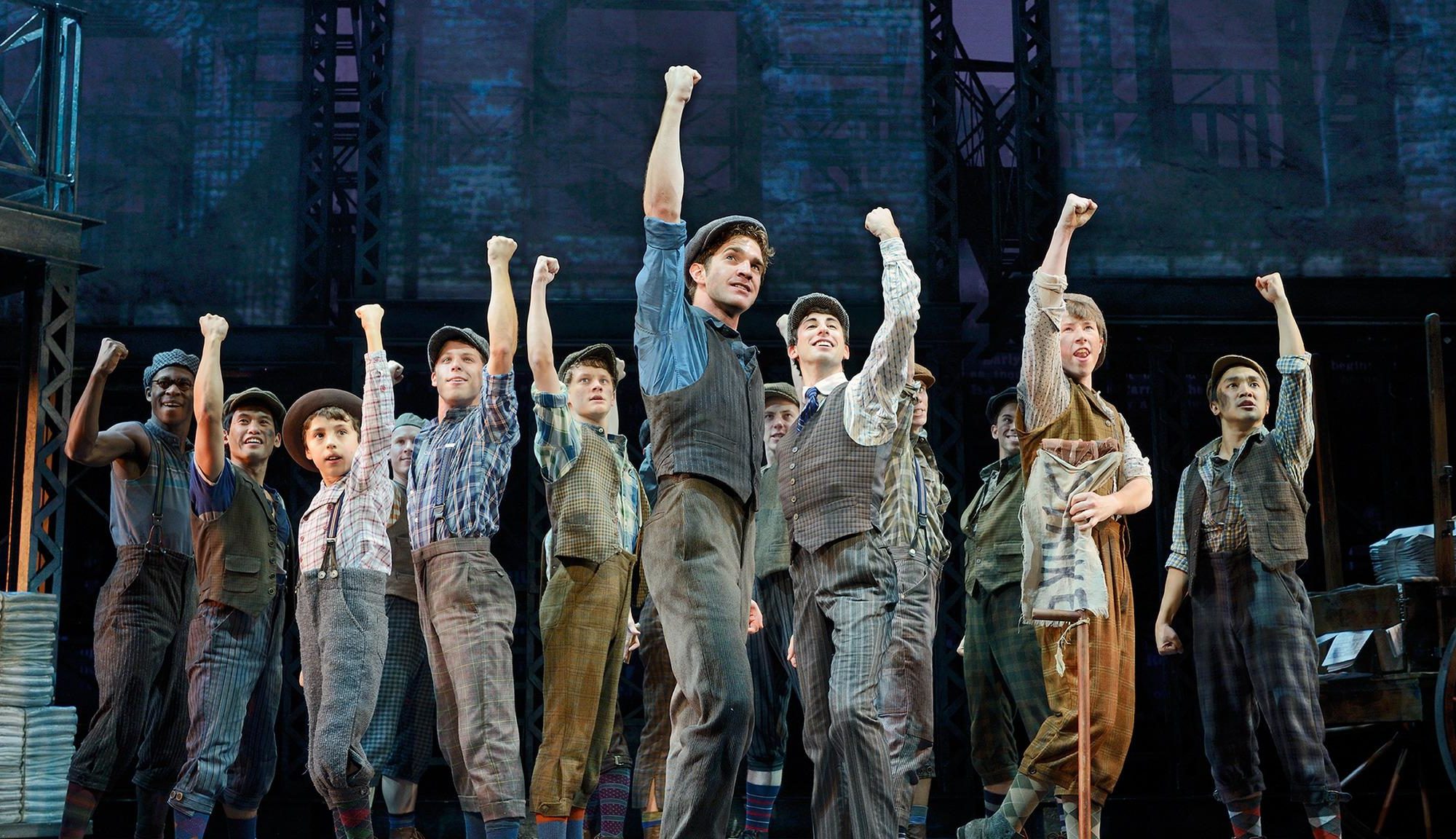 Newsies is a theatrical production stage musical based on the 1992 film, of the same name, which was inspired by the real-life Newsboys Strike of 1899 in New York City. The musical first premiered at the Paper Mill Playhouse in 2011 and made its Broadway debut in 2012. In 2013, Disney announced a national tour for Newsies: The Musical. A live performance of Newsies was recorded for a limited theatrical release in 2017 and was later released digitally.

The show has music by Alan Menken, lyrics by Jack Feldman, and a book by Harvey Fierstein. Newsies opened on Broadway at the Nederlander theatre on March 29th 2012.

The musical was nominated for 8 Tony Awards including Best Musical and won the Tony for Best Choreography as well as Best Original Score. It played more than 1000 performances at Broadway before touring.

Experience Newsies, The Musical on tour and get your tickets today.