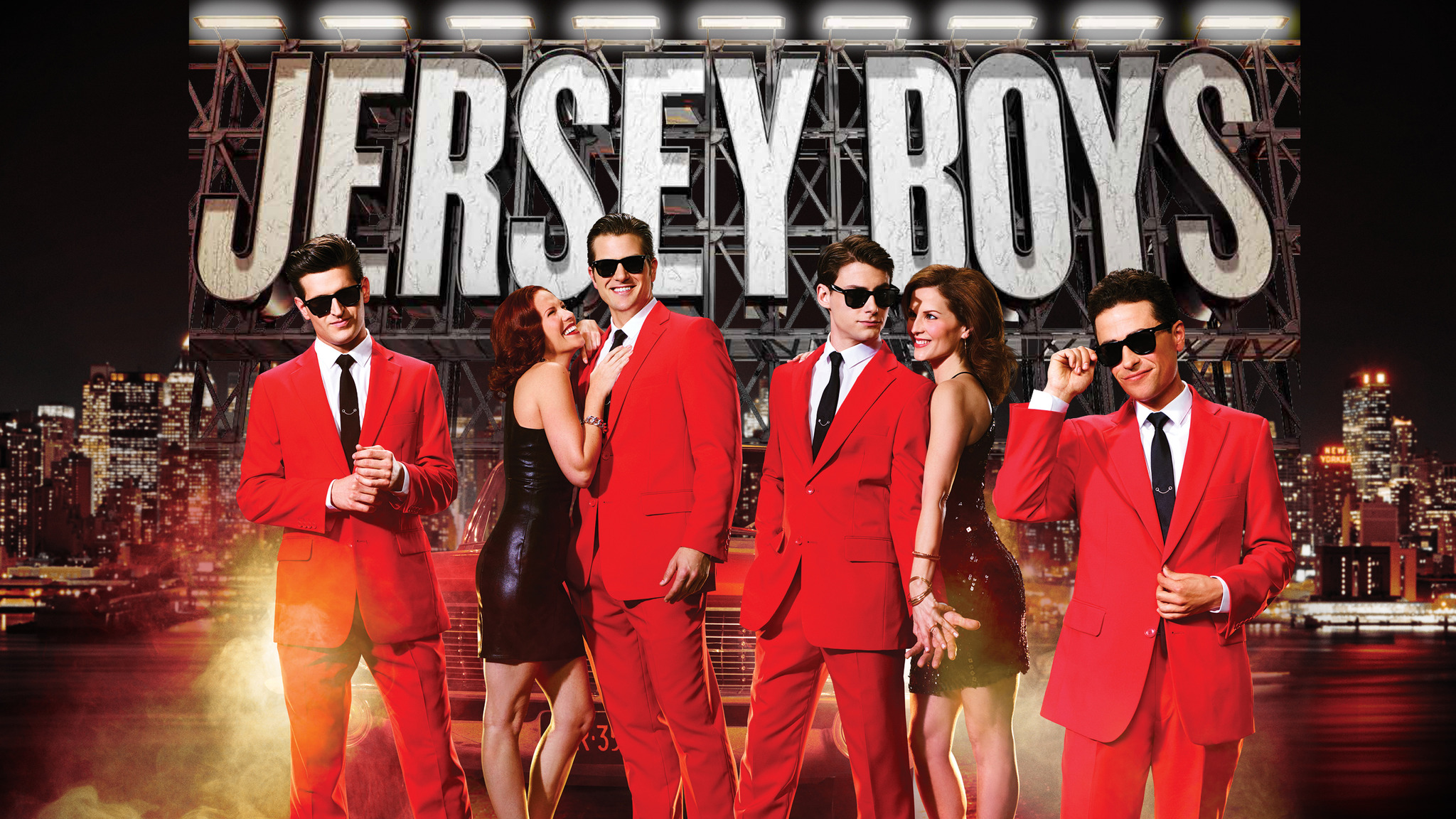 Jersey Boys is a Tony Award winner, behind-the-scenes musical about Frankie Valli and the Four Seasons. A true life story of four young men from the wrong side of the tracks who wrote their own songs, invented their own unique sound, and sold 100 million records worldwide. They came together to form the iconic 1960s rock group- The Four Seasons.
Just four guys from Jersey with a sound nobody had ever heard before which even the radio couldn’t get enough of. The story of their trials and triumphs are accompanied by the songs influencing a generation, which include, “Sherry,” “Big Girls Don’t Cry,” “Walk Like a Man,” “Rag Doll,” and many more.

Jersey Boys is a story full of heart and humor which you will never forget. While their harmonies were perfect on stage, it was a totally different story off stage that made them an international sensation. This hit musical has won 57 major awards worldwide, including the Oliver Award for Best New Musical.

Do not miss this must-see musical now playing at New World Stages in New York and touring at theatres nationwide.