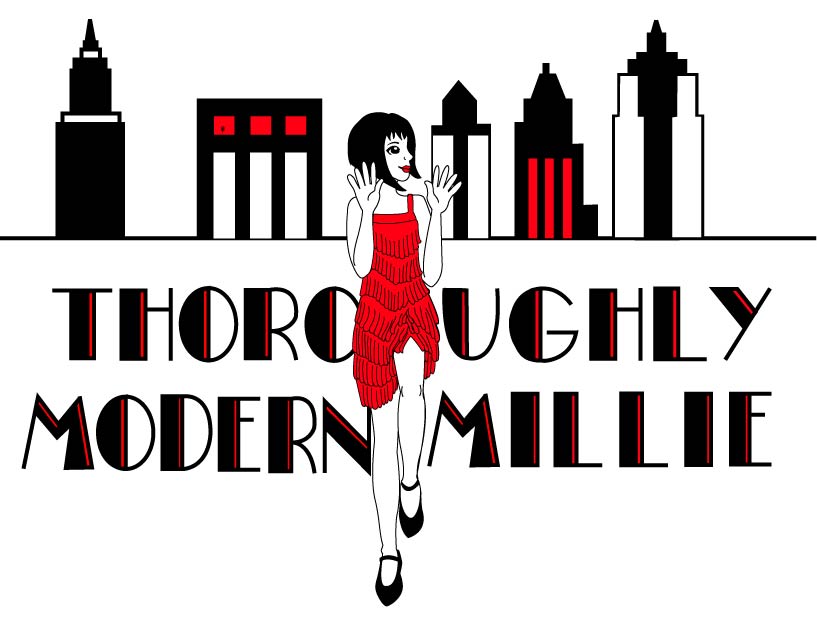 The concept of “Thoroughly Modern Millie” took root as an Academy Award-winning movie in 1967, which was penned by Richard Morris with Julie Andrews & Mary Tyler Moore as ingénues. It was later revised for the stage, more than ten years back, by Mr. Morris and Dick Scanlan, and there were some additions to the score by Jeanine Tesori. It has been extremely popular on Broadway ever since it made its debut in 2002 with Sutton Foster in the title role, who received numerous accolades including six Tony awards.

The backdrops…
The Taylor Performing Arts Center in Monrovia is all set to host the Paper Mill Playhouse’s new production – “Thoroughly Modern Millie” in July, which has garnered enormous praise on its previous tours. The set design by Michael Schweikardt has been specifically mentioned as resembling art deco style paintings, which heightens the beauty and charisma of the Big Apple. Pastel colors have been used in impressionistic shapes to depict the Manhattan skyline. Since the story is based in the 1920s, the costumes have been fashioned accordingly.

A gist of what you can expect!
The lead role of Millie Dillmount is perfectly essayed by Laurie Veldheer, who brings a refreshing honesty to the character. The story picks up from the time when Millie arrives in New York from Salina, Kansas, in search for new adventures and experiences. She checks into the Priscilla Hotel for Women in Manhattan and lands a job at the Secure Trust Insurance. Her boss is the handsome, attractive Trevor Graydon, played by Burke Moses, who values her skills, but doesn’t really consider her to be dating material. There is a hint of a love triangle with Jimmy Smith, portrayed by Jeff Kready, who doesn’t takes jobs seriously and moves on when he is bored. It is not just romance though – the story has its share of drama and crime, with the suspicious hotel owner Mrs. Meers and occupants disappearing without explanations. Millie’s best friend, the orphaned Miss Dorothy Brown might fall prey to Mrs. Meer’s technique of inviting hotel guests who have no family, into her back room for tea – watch to find out the rest.

“Thoroughly Modern Millie” shines due to its music, especially the foot tapping title track. Dennis Jones has done an amazing job with the dance moves and the direction by Mark S. Hoebee is just fantastic. Overall, the ensemble performs well – both leads and supporting characters, which is why you should book the tickets right away.