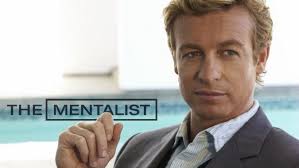 Ready for some Mind-Reading?

The concept of a mentalist has been around for ages, but this unique talent was often dismissed as a carnival act and sometimes the performer was deemed a fraud as well. No one believed in the fable of a person who could correctly guess your Christian name, or describe the contents in your wallet without moving from his position or touching you in any way.

A test of self-confidence and talent…
Even though several phonies and con artists pretend to be mentalists in order to extort money, the real ones do exist. The craft is a science that involves sharp observation skills and iron-clad focus. It is tough to master the techniques, which is why it may take years before you can use what you have learned. The simple reason is when you are about to perform in front of hundreds of people, there is no room for error, nor can you appear nervous & start stuttering.  If you are unable to project confidence, the audience will sense your fear and apprehension, so it won’t be long before you are booed off the stage!

The expert at work…
Take a look at Frederic Da Silva’s shows. He is a well-known, distinguished mentalist, who performs in his own act known as “Paranormal”. His fame has spread globally, which is why throngs of people watch him perform on a daily basis. With his uber-cool demeanor, he can shush hardcore skeptics by telling them what lies in their pockets or predict the name of the person they are thinking about. Rest assured there is no machinery or equipment used here, as Da Silva always operates through the powers of his mind. It is a fascinating blend of mystery, hypnosis and mind-reading that leaves you astounded and bewildered, as you try to figure out how he did it.

Audience participation…
Da Silva likes to interact with his audience and play games where he asks them to think of a number and he writes it down correctly for everyone to see. There is no guesswork at all – the predictions are 100% accurate. Another unique feat is when he asks two people to come up on stage; he touches one, but the other person is able to feel the sensation of his finger too, even if Da Silva isn’t directly touching them.

Don’t miss out on his incredible act at live the Jubilee Theater in Las Vegas
get your tickets now!