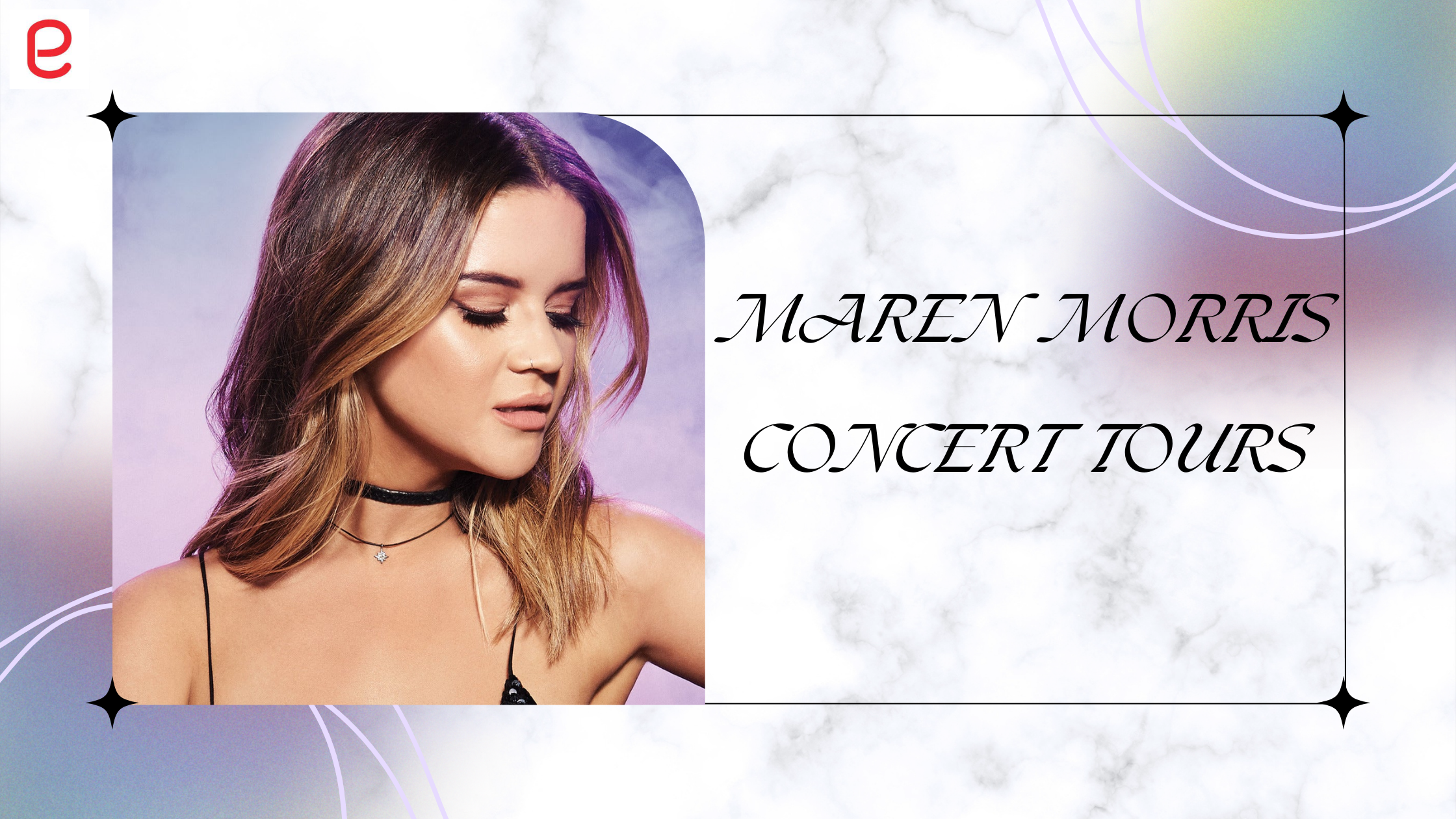 Maren Morris—NOW back to the live shows in 2022. With the launch of her new album “Humble Quest,” she will be touring events across the United States and Canada. The news is a sweet surprise to her fans with a tremendous rush to book the tickets in advance. Before heading to the Maren Morris tour in 2022, let us take you through her short journey that made her a popular hunting voice in today’s music industry.

Who Is Maren Morris?

Those who are totally blank about her can go through this quick biography—born on April 10, 1990, in Arlington, Texas, U.S. At the age of 12, her father gifted her a guitar. That little moment was a turning point for her falling in love with music. She started composing her songs and performing at local clubs. She released her independent album, titled “Walk On,” when she touched just 15 in 2005. Then the game was on as she launched her second album two years later.

The determined singer bangs on to the big platforms such as The Voice and America’s Got Talent and American Idol. Honestly speaking, Morris’ stardom was not an overnight success. She faced many rejections, but her passion for singing didn’t give up easily.

On one of the episodes of “Watch What Happens Live,” she said that her success is proven as the candidates are covering her songs to make it to the shows where she got rejected. Well, it felt like an act of sweet revenge for her.

Glimpse of Her Famous Releases

People who have attended the Maren Morris concert are always excited to listen to the live voice that she gave to her well-known releases. Count on below for some of the viral ones:

The hunt for getting a big break was finally met in 2015. Maren released an EP onto Spotify this year. With her consistent hard work in combination with God’s grace, her EP was an overnight success. My Church received 2.5 million streams on Spotify within a month. Guess what? She signed with Sony Music Nashville in the same year. The EP was highlighted on the Billboard Country Albums Chart at Number 27 and rose to Number 1 on the Billboard Top Heatseekers Chart.

Maren’s first major-label debut studio album “Hero” was released in 2016. The album became Number 1 on the Top Country Albums Chart and 5 on the Billboard 200 Chart.

She was recognized and awarded for her solo performance for her single released, “My Church.” The Grammy Awards in 2017 was her dream come true. Journey flourished more as this incredible American singer went on tour with country stars Niall Horan and Sam Hunt.

➤Halo” (Beyoncé cover) on The Big D and Bubba Show

The National radio program- The Big D and Bubba Show features a solo performance of Morris. She played acoustic music with guitar and made the listeners emotional with her extraordinary vocals.

➤”Fire Away” with the Brothers Osborne in Nashville

Chris Stapleton’s cover “Fire Away” was the highlight of the Maren Morris tour. She performed with the Brothers Osborne at the AIMP Nashville Awards at Ryman Auditorium. They made a perfect pair and got all the attention of the audience.

Saturday Night Live, hosted by John Cena, invited Morris for a live performance. She sang a sensual version of Hero’s single “80s Mercedes.” The debut brought prosperity to her career as she was highly appreciated for her marvelous performance.

Undoubtedly, Maren has delivered several stellar performances of Hero’s lead single, “My Church,” But the one she gave at the CMA Awards was timeless. The single spotlight on her was boosted already as a pre-eminent celebrity. Moreover, she got the opportunity of featuring her miraculous voice to the famous viewers of the award show.

Be a part of the famous singer’s live events in 2022. Below you can take a look at Maren Morris’ concert schedule.

The spot is impressive as it features state-of-the-art sound, a natural outdoor setting, superb lighting, over 2000 seating capacity, and large premium screens.

The venue has a 12,000 seat capacity that has organized live shows of big musicians and rock bands. Moreover, the audience is in love with this beautiful park-like setting.

It features acoustical systems and even lighting and has an astonishing one-of-a-kind reversible stage. The spot is known for accommodating 2,200 guests for indoor events and 5,200 crowds for outdoor events.

Throughout the year, the venue organizes breathtaking music shows. It features 4,500 capacity for indoor concerts and 8000 for outdoor events.

It’s the city’s premier outdoor summer event venue. Allow around 500 people to join the show one time. Undoubtedly, packed with an excellent sound system, striking lighting capabilities, and cool harbor breezes that will give the audience an everlasting experience.

It’s a classic movie-and-stage show that has existed since the 1970s. The venue has a superior interior, and a number of successful stage shows every year are its proud.

Maren Morris’ concert tour at Michigan Lottery Amphitheater is a wise decision. The venue is packed with pavilion seating & a lawn area. In addition, the crowd will enjoy plenty of drinks & food.

It’s a temporary venue that is built in the summer, which is believed to be the concert season. It can run till October.

Marymoor Park is the oldest yet largest park located on the north end of Lake Sammamish in Redmond, Washington. Every day 3 million tourists visit it and become a part of crafts & festivals, or live music concerts.

A spacious theater that is the face of stand-up comedy shows, drama, performing arts, and live music concerts.

To get the best access to the premium seats, Hollywood Bowl is a perfect spot. The crowd will have the soothing experience of the show and make unforgettable memories.

If you are interested to know Maren Morris’ concert dates in advance, stay tuned to our website. Here, you can have a collection of live shows happening in America.