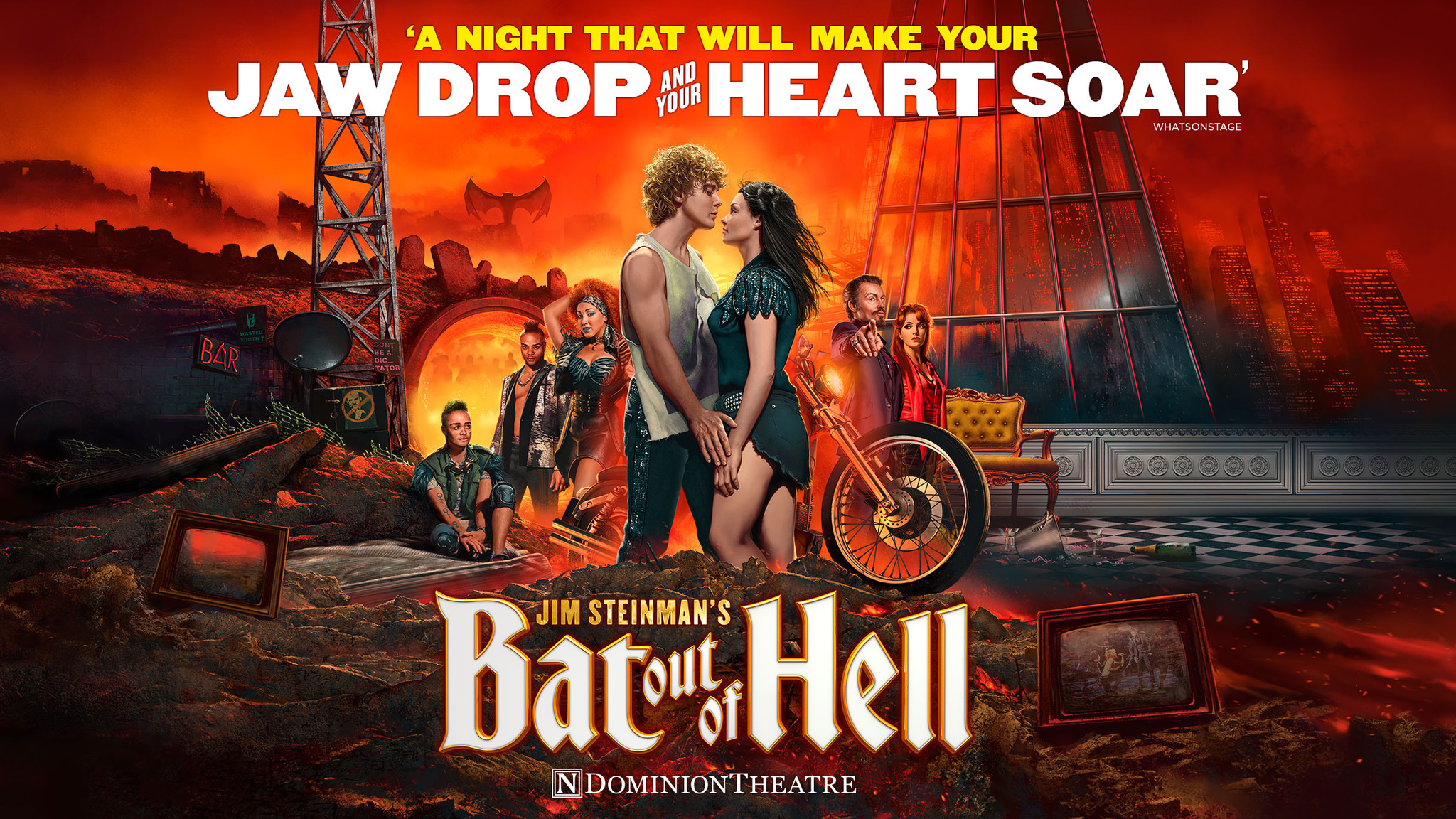 BAT OUT OF HELL THE MUSICAL

The North American Tour of Jim Steinman’s Bat Out of Hell is a rock musical based on the album of the same name by Meat Loaf. The musical is a loose tale of Peter Pan and follows Strat, the forever young leader of The Lost who has fallen in love with Raven, daughter of Falco, the tyrannical ruler of Obsidian. Directed by Jay Scheib and choreographed by Emma Portner, the show originally starred Andrew Polec as Strat and Christina Bennington as Raven.

The musical premiered at the Manchester Opera House in Manchester, England in 2017 and afterwards opened in London. The first album released in 1977 and was named as one of the “Greatest Albums of All Time” by Rolling Stone in 2003.

All songs written by Steinman were mostly from the Bat Out of Hell trilogy of albums, consisting of Bat Out of Hell, Bat Out of Hell 2: Back Into Hell, and Bat Out of Hell 3: The Monster is Loose. Enjoy the stage musical which includes songs such as “You Took The Words Right Out of My Mouth,” “Bat Out Of Hell,” “I Would Do Anything For Love (But I Won’t Do That),” and “Two Out Of Three Ain’t Bad”.