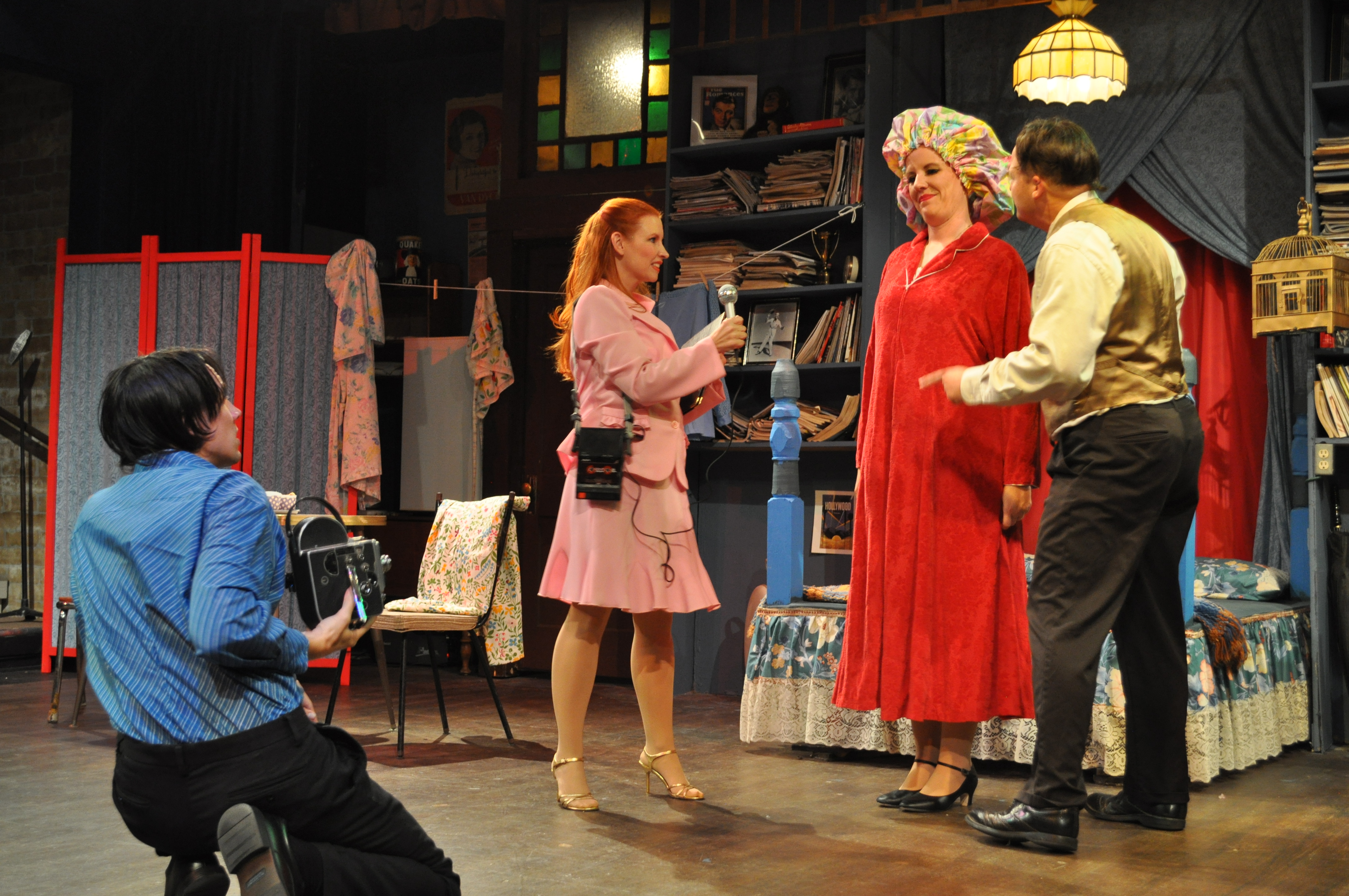 At first glance, there is nothing special about “The Secret Affairs of Mildred Wild”. It seems to be an ordinary story about a slightly loony girl living in her own bubble of movie fantasies in a dilapidated apartment above her husband’s candy store, which isn’t doing well either. However, what makes it special is the treatment of the delicate theme of “dark comedy”.

Paul Zindel certainly deserves credit for this production, which had a brief run on Broadway back in 1972. Even though it has been restricted to performances in schools and community theaters, it has a strong presence with each character outlined vividly. The setting is in Greenwich Village, with interesting characters such as Mildred’s milk duds popping husband, her sister-in-law who is quick to criticize, the hard-nosed landlady, the butcher from next door, etc. Mildred’s only escape is into the virtual world, which she has created from her experience of watching 3000 movies.

The transition between the two worlds is handled beautifully by director Frank Latson, so you don’t feel confused while watching the protagonist’s imaginary affairs with stars such as Rhett Butler or Fred Astaire. She also pictures herself as Vivien Leigh or Ginger Rodgers complete with similar makeup and hairdos. The music does a wonderful job by impart the right type of ambience and playing to her varied moods and kooky attitude. Marcia Carroll has given a great performance as the sharp-tongued and feisty Mildred, a dedicated fan of movies, who utilizes them to temporarily escape from her rocky marriage. At times, you might be surprised why this bubbly, free-spirited woman chose to marry Roy, played by Scott Latham, who is best described as being a non-entity with the ridiculous toupee to hide his baldness. Marisa Diotalevi is also good as the tough and bossy life coach, Helen, who is Roy’s sister.

As the plot progresses, it becomes clear that she will never let go of her fantasy world, because it is all she has. An eccentric mix like a bulldozer, a nun, King Kong, and an efficient, but overly curious TV camera crew, is also thrown in to serve their specific purpose. You will admire Mildred’s approach towards the different crises that she has to face, as the story moves towards an unpredictable climax.

The duration of the show is approximately 2 hours. CLICK HERE to Book your tickets at the Park Hall in Ben Lomond.