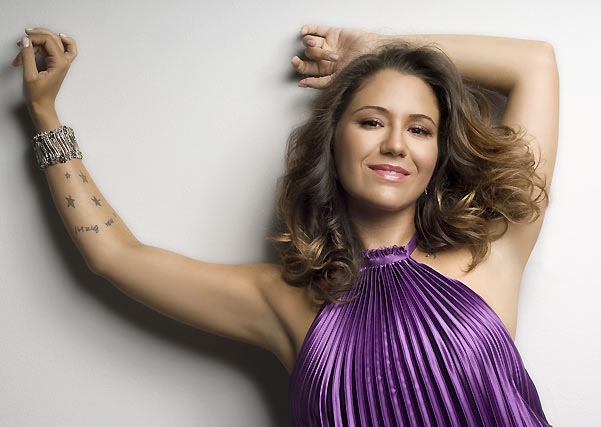 The Legacy of Talent Continues

Everyone who hears the name of Maria Rita instantly recalls her as one of Brazil’s pioneer singers, with so much to her credit, including 7 Latin Grammys. However, this legendary singer almost didn’t realize that music was what she was meant to do! A rebel by nature; she refused to be associated with music.

The story is quite interesting, though. Her rebellious ideas developed as she was the daughter of Brazilian pop legend Elis Regina. After her mother’s death in 1982, people sympathized with her but subtly made it apparent that she would have to sing, which didn’t go down very well as Rita felt she was being forced to fill a void that appeared post her mother’s passing. She decided to go to the U.S. and started attending New York University. Free from the constant hounding, she learned to embrace her mother’s music in a much better way.

This was the wakeup call she needed, and Rita finally realized that music was her forte. Her professional career began in Brazil that led to the release of Maria Rita in 2003, her very first album, named after herself. Even so, she was determined not to live in the shadow of her mother and wanted to carve a separate niche. She adamantly refused TV shows that included pre-decided conditions that she would have to cover her mother’s songs if she performed. However, she did pay a tribute to Regina in 2012 in Rio de Janeiro, which became a collection of songs in the album, Redescobrir or Rediscover, in 2013.

Rita feels she has dabbled in music that the audience can relate to on a deeper level. She wants people to actually understand what she sings rather than just shaking their heads and snapping fingers. Her love for music prompts her to make music that others can identify with, regardless of the language. It is not necessary to designate a term to what you feel when you listen to her – she says that the presence of emotion is more important rather than finding out what is being felt.

Her mother died when she was just 4, so she missed her a lot, but has dealt with the pain and sorrow over the years, which she has channeled into music. Don’t miss out on the opportunity to hear her live – click here to book tickets.