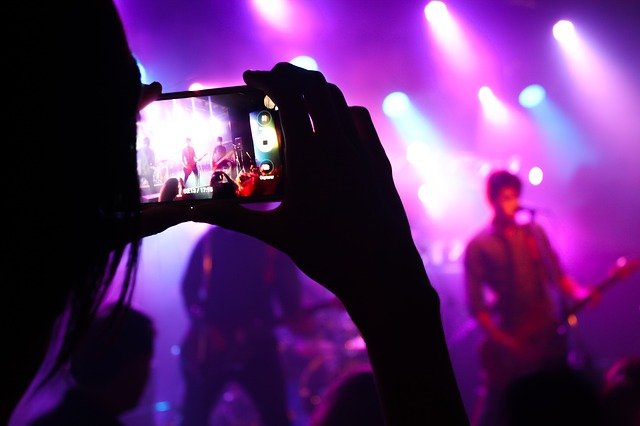 Music is a key part of our life. We desire music when burdened with work, even when nothing to do. It’s one of the beautiful art that just takes the heart of millions. Many believe that it’s a source to connect a person with the inner self.

The music industry has gone through a tremendous change. There are several genres of music that contain in-depth artistic research. Do you know American music has two regional styles- Country & Western music? The music with simple tunes & fewer musical instruments refers to country music. Whereas big bands are part of western music.

America is famous for jazz, rock, pop, blues, and country music around the globe. The live music events in the U.S. are remarkable as the audience just enjoys to the core. People from different countries attend events organized in the U.S. because of the aura & flavor the music band delivers.

Native American have played a pivotal role in the history of American music. Their music was generally based on religion. Once America colonized from European countries like Spain, England, Ireland, France, etc., the music started advancing by introducing polyrhythms & call-and-response style vocals.

When the bands touch the roots of the 40s and 50s, that just adds a creative glimpse to the event. The 1940s was the period of rock and roll music, which was just the beginning of western rock music. Till the 50s, rock music reaches its peak of popularity, which include popular cowboy songs. Artists add the layer of well-known traditional rock music stars like Bob Wills and burn the stage by capturing the audience’s attention.

The U.S. events also include heavy metal music that creates a hangover for the people attending it. The pioneer of heavy metal music is Led Zeppelin and Black Sabbath (famous British Band). The music often has a menacing tone and heavy vocals that influence the audience. The music was recognized from the 1970s, and musician like David Bowie was everyone’s favorite because of the costumes & themes.

Rap music holds the rhythmic beats & speech that make the audience dance until they don’t give up. It’s a style of African-Americans and gradually become sought-after throughout the world. The genre is composed of hip-hop culture, including DJing, scratching, beatboxing, and instrumental tracks. In various New York live music events, rap music is a demand, especially trap & mumble rap subgenres. Eminem, Drake, Snoop Dogg, etc., are admired rappers turning the live events into memorable.

Punk rock is becoming the show limelight of the night events in America. This genre of music is fast-paced and has a hard singing style with high pitch melodies. The style has become so trending as musicians make punk rock music, including political or anti-establishment lyrics. In the 1980s, the British band called Clash threw attention to this music style, which was applauded by the fans. Later on, it becomes one of the leading music styles in America.

2020 is a drastic year for the world because of the deadly virus. Music freaks are dying to attend the events and ensure to come back to everyday life. Book the live music events near you and build new moments of joy. In short, this holiday season is the time to flow with music and stress out the negativity.