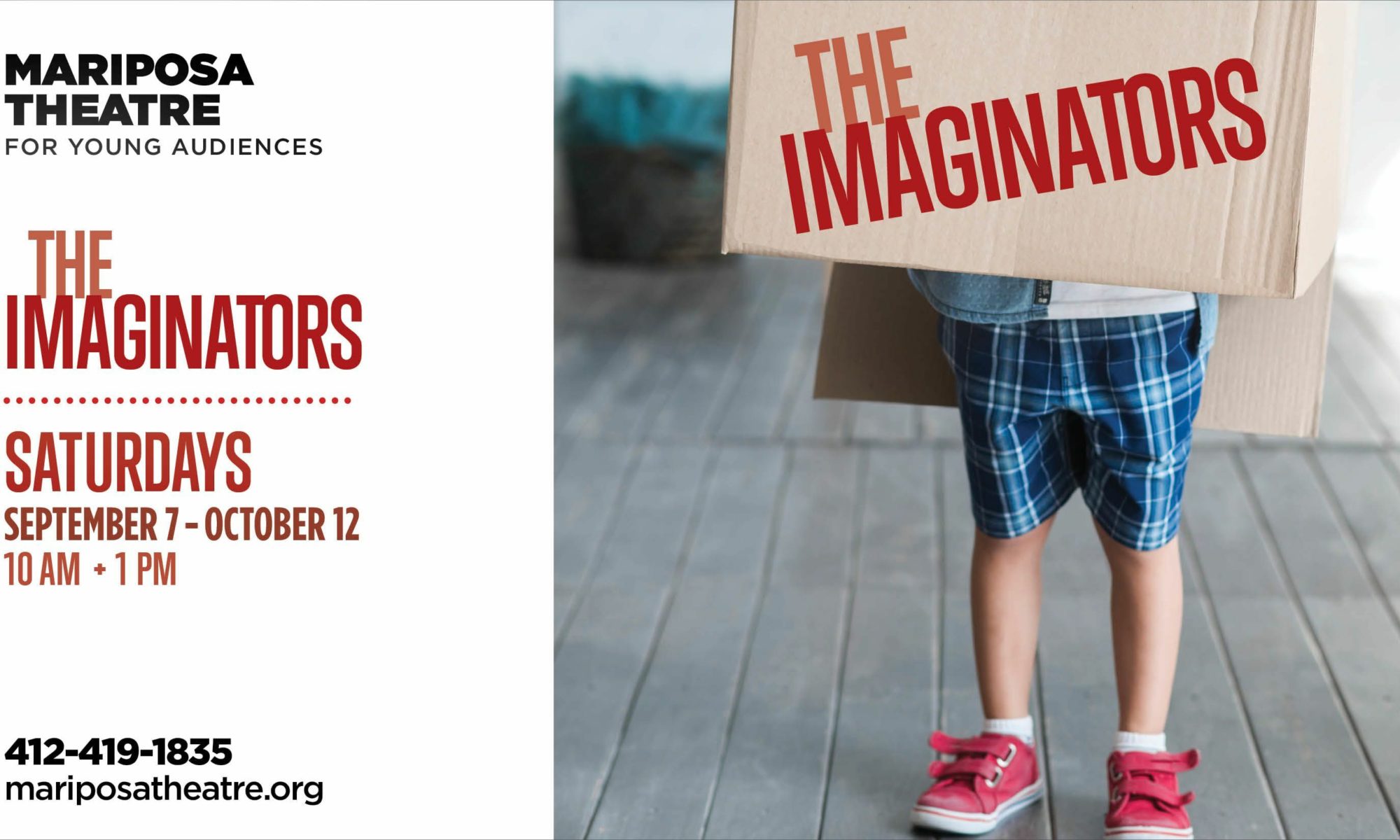 The Imaginators is the story of three children and the power of their imagination, written by Dwayne Hartford and directed by Lynne Streeter Childress. The play tells the story of a brother and sister, Tim and Anne, who have just moved to a new town. Tim is a playful 9-year old who loves to play games and makeup stories, while his sister Anne is a serious 10-year old girl. She refuses to play with her little brother when the family moves, fearing kids from her new school will see them and make fun of her.

In this play, children discover their strengths, the value of cooperation, and unlimited power of imagination. The children meet Nina Frances Elizabeth Vanderhelden, the girl from next door who takes an eager Tim and a reluctant Anne on a great make-believe adventure. With the help of moving boxes and whatever else they could find in the garage to create their imaginary world, the three battle the child-eating monster, the Mooklecratz and figure out ways of defeating the beast. The play encourages children and adults to never lose their sense of play and creativity.

Book your tickets soon for a perfect tale for all ages!